Preparing for a Second Disneyland Vacation!!

WOW! It has been a while. Perhaps I can write a long series of blog posts explaining where I have been the last two and a half years. Although the series would not be "Hobby Mommy" related as our lives took an unexpected turn, but perhaps by writing about it one day I can help someone else who may have gone through a similar situation or is going through what we went through.

But now to get to the good part!
WE ARE GOING BACK TO DISNEYLAND! Our last trip Baby B was 10 months old! She is now 4 years old and our oldest who was just in grade one is now entering grade five!

We surprised our kids with Disneyland passes this trip, if you are a follower of Hobby Mommy you know we planned a treasure hunt our last trip with clues and stops along the way until we were minutes away from our hotel in Anaheim when they received their "Treasure" a video telling them we were going to Disneyland and Legoland! AHHH the best family vacation of our lives!

Everything was perfect about our first Disneyland vacation, but Adalie, our oldest asked if next time we go to Disneyland we can tell the kids so they can help plan the vacation.

So we did just that! We purchased the tickets after Disneyland announced their 25% off for Canadian residence last November! This basically helps pay the exchange rate on the park passes. We decided this time we would do one park per day to save the extra bit of money and go for 5 days instead of 4 like last time. We would also skip Legoland as we were not impressed with the park when we went. BUT honestly, nothing compares to Disney parks!

So, we purchased suit cases with combination locks, a Disney themed puzzle, a few balloons and helium, and planned a FAMILY GAME NIGHT!  (something our kids always love to do!)

Our first puzzle on game night was a Disney themed puzzle the kids had to put together. When they got it together they had to flip it over, and on the back was a three digit code.

The second puzzle was rolling dice and eating chocolate from an advent calendar. Two of the squares were missing chocolate. that was the next code.

The third puzzle was a math puzzle revealing the next code.

The next message for the kids found a rope tied in knots with keys. they had to untie all the keys. One of these keys unlocked the kids' dress-up trunk.

The next puzzle was unscrambling six letters to reveal the next step.

Then we gave the kids their T-Shirts I made with Heat Transfer Vinyl and my Cricut!

They then found out we are GOING TO DISNEYLAND!

So we had planned the trip for February. Had our hotels booked, everything was ready for the trip... and then our family dog, Takara, started acting funny. She was sad and had sad eyes. I thought she just had the winter blues because we were experiencing cold weather. (I know, I was grasping at anything but her dying) One morning after my husband left for work, she had a seizure when our youngest went to go pet her. We found out after a big vet bill she was dying of kidney failure.

We made the tough decision to cancel our trip to Disneyland and a couple days later, she died by my side.

After this heart break we kind of put the thought of Disneyland on hold. Our Disney savings went to try and fix Takara by treatments that only worked temporarily. We needed to start saving up again and another blow of my husband loosing his work for the next few months also through wrench in our plans.

So months later we tossed around the idea of maybe going down at Christmas time. My grandparents live in Mesa during the winter months and we could maybe go see them for Christmas and visit Disney the week before Christmas. Obviously we understand this is the busiest time of the year at Disneyland but we were going for five days, not two or three, and we have been to Disneyland before so we wouldn't have to worry about missing out on certain things we have done before if we don't get to them.

So here we are. It is the end of August. I just booked our hotels for the way down as we will drive again. A family of six is too expensive to fly down to LA with. Driving costs us a fraction of the price. Not to mention the journey is beautiful. Each state has its very unique scenery!

So come back soon! I will go over a few new things I am doing this trip, a few things we did last time that worked amazing for us! AND!!! Don't forget to come back after Christmas to watch our vacation videos!

When we chose a chick breed I wanted something I could sex on my own at day one. Barred Plymouth Rocks had great reviews for laying eggs, for meat and the best part is there were characteristics you can use to sex the chicks at day one! 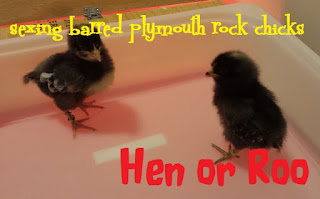 1. The head spot
not always the best and most reliable way to sex the chick but about 80% of our birds hold true to this method. 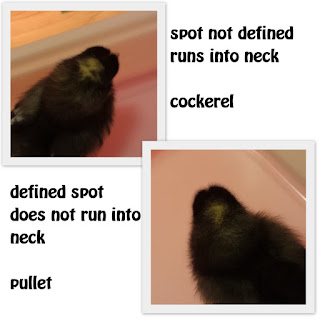 2. The leg & feet color
This is about 95% accurate (I may be coming up with these numbers) I say this because I have a couple birds who have dark legs and light "toes" so we are going with pullet but they could end up being roosters full grown... time will tell. 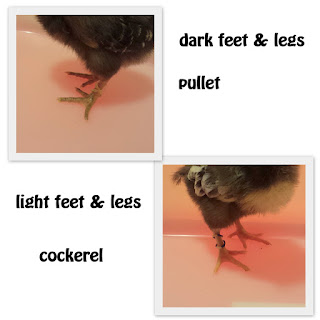 3. Feathers
Ours are as young as one week old and their feathers are a confirmation of their sex 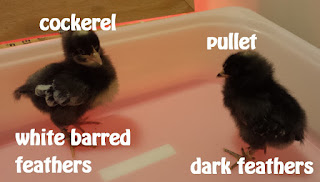 I did a quick video for you all, if you have Barred Plymouth Rocks I hope this is useful for you! 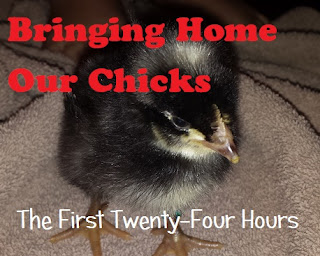 Ha! Yes, we did! We ordered 25 Barred Plymouth Rock Chicks, why this breed? Because they are a dual purpose. Therefore, I ordered unsexed (which is cheapest) and we will keep the hens for laying and the roos for food! We will be butchering them at 18-20 weeks old. 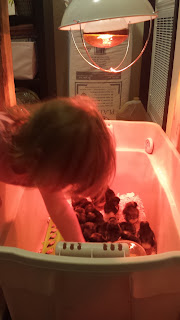 Brielle is in love with chickens! In fact she thinks all birds are chickens and will run across the road to chase a "chicken"

She named her chicky baby, Chickaletta, of course from the famous purse chicken on Paw Patrol. 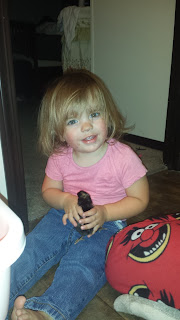 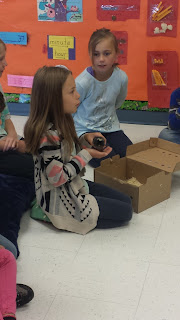 Our first twenty four hours went great! We found out our brooder was too small, switched for a little larger brooder for a temporary fix. We also had about 4-6 chicks with pasty butt, which happens from eating wood chips or being too hot. We fixed it by cleaning their little bums and adding a little Vasoline. We played around with fermented food, and much more... check out our video on the first 24 hours of having chicks!
We have four kids who love these little guys! Stay tuned for more of our chicken adventures to come! 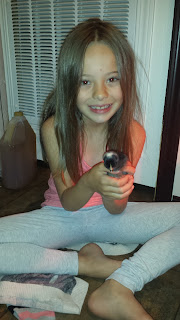 My Mother's Day was spent in a 'not-so-normal' way - and I loved every minute of it.
My family was so sweet to me, and after a morning of amazing breakfast and little homemade gifts we set off to the coop to demo the bottom of the grain bin, our future chicken coop. 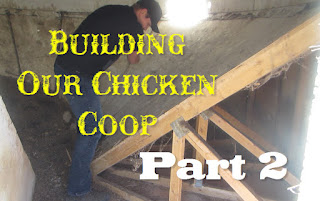 I forgot to take pictures and had only taken video of the day.
I can not wait to start building and finish up the coop before the chickens are here to use it! 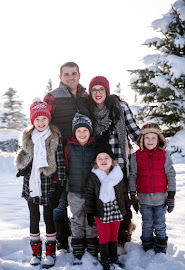 Hi, my name is Cassie. I am married to the most amazing husband who works hard so I have the privileged of staying at home with our FOUR beautiful Children. I love to create and this blog is about me, my life and my creations! 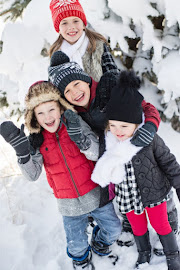